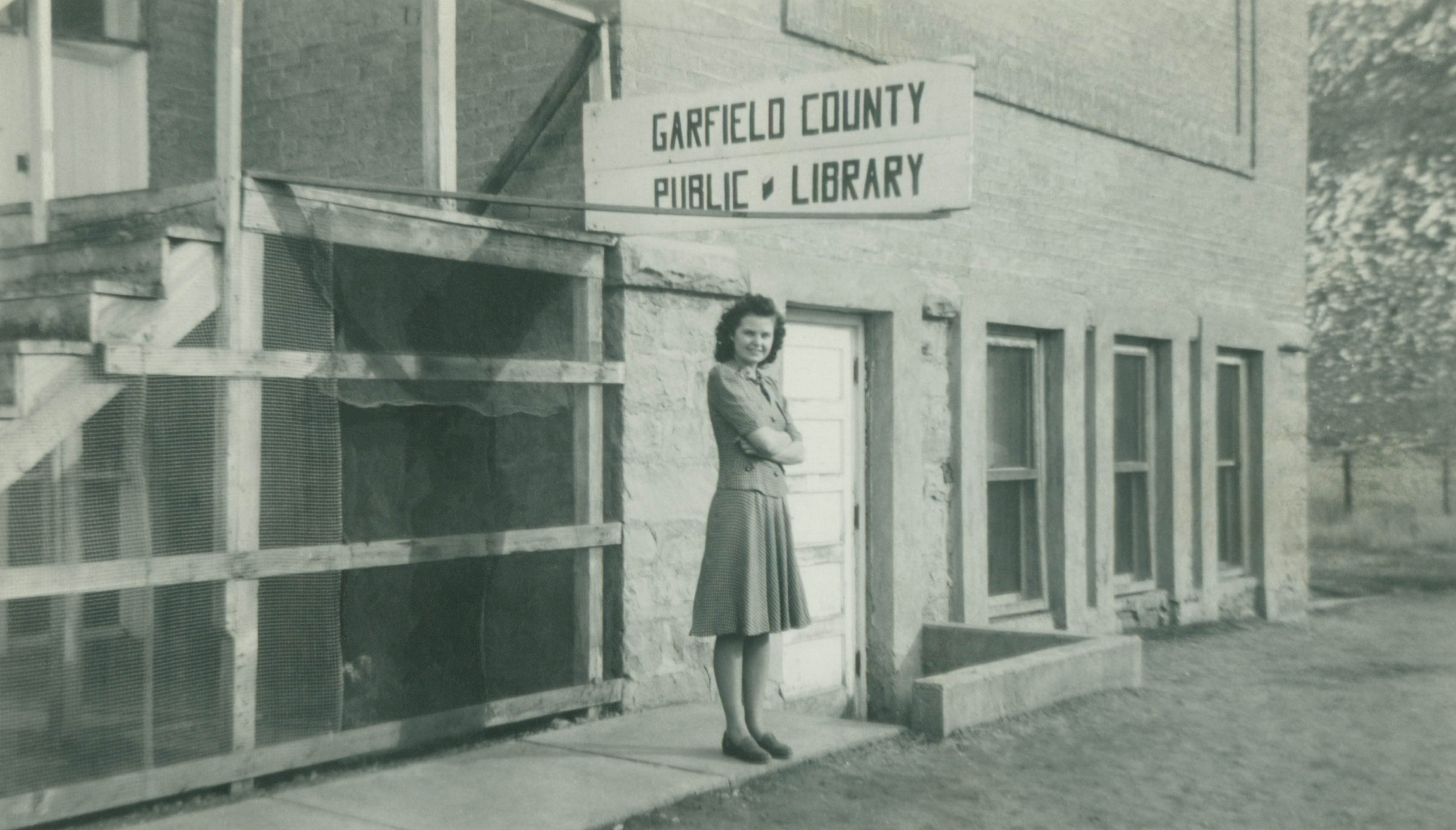 Image of the first library is courtesy of the New Castle Historical Museum.

Q. When was the Garfield County Public Library established?

A. In 1938 as a Works Progress Administration project at New Castle, Colorado. Mrs. Harriett Stewart was the first librarian and was very efficient in organizing the library.

Q. Where was the first library located in Garfield County?

A. The library was originally located in the New Castle school building. The library served the entire county, both rural and urban areas, as well as all of the school districts. The collection originally consisted of around 14,000 books and had a yearly circulation of 75,000. The collection was augmented by generous loans from the Colorado State Library.

Q. How did we become part of Garfield County?

A. When WPA was discontinued, the Garfield County Commissioners agreed to take over sponsorship and finance it from the county's general fund.

Q. When did the six branches join the library system?

Q. How is the library district funded?

Q. When was the Roosevelt Window built?

A. The Roosevelt Window was originally commissioned in 1905 for $105 in Rifle’s new Christian church in commemoration of the one day on which the president was an honored member of their congregation. A fund drive was launched in 1980 when the window was offered for sale. It was purchased by the Heritage Windows Trust (a citizen group) for $35,000 and is currently on permanent loan from them to the Library District. This amount was raised in Rifle, a community with an adult population of around 2,000 at the time, in three and a half months. The window was fully restored in 2010 for about $20,000.

Q. How long has the library been its own district in Garfield County?

Q. When were the new buildings constructed?

Q. What happened to the old buildings?

A. Two of the buildings, Parachute and New Castle, were remodeled and expanded. The 1984 building in Rifle was razed to make room for a parking structure that serves all of downtown Rifle. The buildings in Silt, Glenwood Springs, and Carbondale were traded to the local municipalities for either land or cash toward the project.